Measures taken by a senior living operator in response to COVID-19 are eligible for complete liability immunity under the Public Readiness and Emergency Preparedness (PREP) Act, according to a ruling Wednesday by a federal court in California.

“Under enormously challenging circumstances, senior living providers have done their utmost to ensure the well-being of staff and residents, adhering to ever-changing guidance from national, state and local health authorities,” Schless said, “and so it is entirely appropriate that they will receive protection from liability under the PREP Act.”

Judge James V. Selna of the U.S. District Court for the Central District of California dismissed a lawsuit brought in November by Paul, Ronald and Gary Garcia against Sunrise Villa Bradford, an assisted living and memory care community in Placentia, CA. The legal action, according to the OC Register, alleged that their father, Gilbert, died in July from COVID-19 because of a “scheme to prioritize profits over resident care by underfunding, undertraining, and understaffing the facility” and  “ignoring proper infection control measures.”

Sunrise Senior Living and Welltower also were named in the lawsuit.

The Garcias were seeking unspecified damages for elder abuse and neglect, wrongful death, and intentional infliction of emotional distress.

The litigation maintained that Gov. Gavin Newsom declared a state of emergency on March 4 due to the coronavirus, but that on March 12, Sunrise Villa Bradford was still permitting residents to leave the community for outings. The complaint also alleged that Sunrise Villa did not adhere to infection control best practices during the pandemic, arranging for a barber to enter the community to give the elder Garcia a haircut the day after a staff member had tested positive for the virus, and allowing a staff member to administer medication and eye drops wearing a mask but no gloves or a gown.

When Gilbert Garcia started feeling ill a few days later, the lawsuit stated, Sunrise Villa asked one of his sons to take him to an urgent care center rather than isolate him. The elder Garcia returned to the community but the next day was taken to a hospital, and he died a month later.

The plaintiffs maintained that the PREP Act did not apply in their case because it “does not provide immunity to medical providers for negligence claims ‘unrelated to vaccine administration and use’ ” and that the COVID countermeasures covered by the act do not include “policies, procedures, protocols, or guidelines,” according to a summary of the ruling prepared by ASHA’s legal counsel, Paul Gordon of Hanson Bridgett LLP.

The court disagreed, however, relying on Aug. 14 and Jan. 8 opinions from the U.S. Department of Health and Human Services Office of General Counsel.

“While complete failure to implement COVID countermeasures is not protected by the PREP Act, this decision makes it clear that, even if COVID countermeasures — such as infection control, PPE use, limitations on visitation and gatherings, resident and employee testing, and similar policies and procedures — are alleged to have been improperly devised and implemented, they nevertheless are afforded complete immunity under the PREP Act,” Gordon’s summary said. 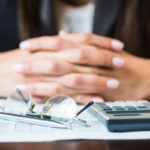