The COVID-19 crisis has not changed consumer sentiment much toward independent living and assisted living, according to preliminary findings from a national survey.

The internet survey, which is still underway, was launched by the American Seniors Housing Association to examine awareness and opinions of senior housing across independent living, assisted living and memory care.

Regarding memory care, 73% of adult children report no change of opinion, whereas 18% report having a more negative opinion and 9% have a more positive opinion.

The preliminary research also explores priorities that prospective residents have before moving into senior housing. Potential consumers of all three levels of care said that identifiable cleaning and disinfecting programs, as well as COVID-19 testing with rapid, accessible results, would be essential.

More than half of the respondents shopping for an assisted living or memory care community also said that having a primary care physician on site or via telemedicine would be essential.

ASHA has been working to restore consumer trust in senior housing since late March through an extensive public relations campaign, according to President David Schless. The campaign includes a “Senior Living Matters” video — viewed by more than 1.1 million — and ads seen by more than 11.8 million people in top markets, including Chicago, New York, Atlanta, Phoenix, Miami, Philadelphia, Dallas and Houston.

“This preliminary research suggests our efforts are paying off, as the majority of seniors and adult children have not changed their opinions of seniors housing since the onset of this crisis,” Schless told McKnight’s Senior Living. “We are examining the messaging for the next phase of the campaign and will definitely pay close attention to the data from this research, especially to those responses that underscore what consumers want to see before moving to a community.”

Margaret Wylde of the ProMatura Group, which is conducting the research for ASHA, said, “It is clear that the industry will need to work hard to fully regain the trust of consumers, and this research points to several tangible steps that operators can take to make prospective customers feel safe and secure about moving into a community during this pandemic.”

ASHA anticipates the research being completed later this month. A final report will be released this summer and will include a regional analysis of survey findings.

ProMatura Group is using lead lists of prospective residents from 115 ASHA member communities. These data are being supplemented by surveys completed by age 75+ households with incomes above $35,000 in one of the 15 metropolitan areas where the 115 communities are located. 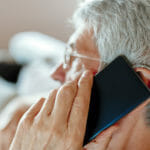