In its second-quarter earnings call, real estate investment trust LTC Properties executives relayed the uncertainties the COVID-19 pandemic has introduced into the senior living industry, as well as color commentary from a special guest on how the industry is managing through the healthcare crisis.

“In our industry, specifically, uncertainties remain around [personal protective equipment], sanitizing supplies, testing and staffing,” CEO and Chairman Wendy Simpson said, adding that demand for testing has increased, resulting in growing lag times between tests and results. “The recent decision by [the Centers for Medicare & Medicaid Services] to provide point-of-care COVID-19 test supplies to skilled nursing facilities should help, but to our knowledge there is no similar program for private-pay communities.”

Westlake Village, CA-based LTC reported a decrease in net income compared with last year, primarily due to a shortfall in rent payments in May and June by Senior Lifestyle Corp., and a $600,000 loss on the liquidation of an unconsolidated joint venture with a Senior Lifestyle affiliate. This decrease was offset partially by higher rental and interested income from acquisitions and mortgage funding in 2020.

Based on these events, LTC placed Senior Lifestyle rent on a cash basis as of July 1, Simpson said. Although recent rent payments are increasing, as of June 30, Senior Lifestyle owed $2.8 million for the second quarter, she said.

As a result, Simpson said, LTC is evaluating its options for the portfolio, including potentially seeking new operators for Senior Lifestyle’s 23 properties and/or pursuing the sale of some of the properties.

“A split portfolio among several regional operators — some new to LTC — provides the opportunity to reduce our portfolio concentration by building relationships with operators new to LTC,” she said, adding that Senior Lifestyle is one of only two operators that make up more than 10% of the REIT’s portfolio as far as income and asset concentration.

Senior Lifestyle experienced a “tsunami-type situation,” Simpson said, including closure of one property due to a major flooding issue and the inability to benefit from the federal Paycheck Protection Program like some of LTC’s smaller providers. The operator had to absorb the additional costs brought on by the pandemic, including PPE, testing and infection prevention and control costs, she said.

Rent collections from all operators in the REIT’s portfolio were at 92% for the second quarter — 99% if Senior Lifestyle is excluded. And 95% of second-quarter deferred and delinquent rents — 89% of which were assisted living / memory care properties — were covered by cash security deposits / letters of credit / guarantees.

COVID-19 uncertainties also affected LTC’s lease agreements with Brookdale Senior Living. Before June 30, LTC consolidated its four leases with Brookdale into one master lease and extended the term by one year, to Dec. 31, 2021.

LTC reported private-pay occupancy at 83% for March 31 and 77% for June 30 and July 17. Occupancy trends as of July 17 for the REIT’s private-pay portfolio represent 72% of total private-pay units, because communities provided July data on a voluntary and expedited basis, according to the company.

Simpson and Lynne Katzmann, Ph.D., founder and CEO of Bloomfield, NJ-based Juniper Communities, who was a guest speaker on the earnings call, said their message to legislators is that the senior living industry needs funding for associated COVID-19 costs, access to rapid and reliable testing, and liability protection.

“The fact that this disease transpired in the way it did before anyone was really aware of how it was transmitted and how it could be controlled was certainly beyond many people’s ability  to control, and that includes us,” Katzmann said.

Katzmann said that out of pandemic, a new model of senior living may emerge that focuses on safety, dedicated staff, neighborhood cohorting of residents and employees, and increased social engagement.

“Leadership, vision and the ability to use data to set a proactive course are extremely important,” she said.

On the call, the CEO shared her company’s COVID-19 journey, including its strategy and lessons learned.

The Centers for Disease Control and Prevention issued its first public alert regarding COVID-19 to the United States on Jan. 8, with the first death occurring in Washington state on Feb. 29, Katzmann noted. March 11, the World Health Organization declared COVID-19 a global pandemic. Four months later, the country stands at 150,000 American deaths.

“The extent of the pandemic is huge, and the timeframe in which this has happened is incredibly short,” she said, adding that Juniper’s COVID-19 journey has three phases: the crisis phase from late March to May, the current “Pathway Forward” phase signaling the beginning of recovery, and the yet-to-be-reached “new normal” phase.

The operator patterned its testing strategy after South Korea, testing early and universally beginning in late March through a private lab, she said. Juniper began testing all residents and associates — not just those who had symptoms — first at communities with hotspots, which included two LTC properties. Those tests, Katzmann said, showed 50% of those tests were positive, and of those 72% of residents and 94% of associates were asymptomatic.

“That was hugely important because it told us this disease was transmitted without someone having symptoms, and despite what we were being told by the CDC,” she said, adding that Juniper used that information to create a battle plan that today shows the majority of its communities testing 100% negative for the virus.

That battle plan included some communities sheltering in place — both staff and residents — and creating small cohorts, or neighborhoods. Juniper also tackled staffing shortfalls by training all available staff to be universal workers, extending pay when employees were ill, providing appreciation pay, offering incentives for employees to shelter in place, and redeploying sales staff as recruiters.

Now in phase two, what she calls the “pathway forward,” Juniper’s goal is to restore profitability while keeping residents and associates “healthy, safe and engaged,” Katzmann said. That pathway, she added, includes: 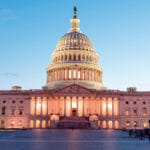