Deaths attributable to dementia as an underlying cause more than tripled from 2000 to 2017, according to a report released Thursday by the Centers for Disease Control and Prevention.

An additional 129,700 deaths in 2017 had dementia listed as a contributing cause of death on the death certificate.

The majority of deaths attributable to dementia (60.4%) occurred in nursing homes, other long-term care facilities (which the CDC defines to include assisted living communities) and hospice, according to the report. Home was the second most common setting, at 22.9%, followed by medical facilities, at 8.7%.

“As the population ages and mortality due to other chronic diseases (e.g., heart disease) declines, a larger proportion survives to ages where the risk for dementia is highest. This may explain, in part, the observed increase since 2000,” the authors wrote.

“Geographic differences in death rates for dementia could be due to factors such as variation in practices of certifiers of death (including specialized guidelines for coding dementia identified in some locations), differing awareness of Alzheimer disease and other dementias as chronic diseases that can lead to death, and differences in socioeconomic status and racial and ethnic distributions across states,” the authors noted. 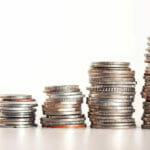