A federal judge Wednesday dismissed a lawsuit against a Missouri continuing care retirement community that had been accused of discriminating against a lesbian couple by not allowing them to live there, writing that the district court in which she presides “has squarely held that ‘Title VII [of the Civil Rights Act] does not prohibit discrimination against homosexuals.’ ”

“We are disappointed by the court’s decision,” plaintiff Mary Walsh, who had filed the lawsuit with Bev Nance, told McKnight’s Senior Living in a statement provided through their lawyers. “Bev and I are considering our next steps and will discuss this with our attorneys.”

The CCRC, Friendship Village Sunset Hills, located in St. Louis, had not responded to a request for comment from McKnight’s Senior Living by the publication deadline.

Walsh and Nance filed their lawsuit against Friendship Village in July 2018. The two women have been married since 2009 and said they were denied a unit at the CCRC in July 2016 because they are a same-sex married couple.

Friendship Village in September asked the court to dismiss the case in part because the women allegedly “failed to exhaust administrative remedies” before filing the lawsuit and because “sexual orientation is not a protected category under the [Fair Housing Act].”

In that filing, Friendship Village said it prohibited Walsh and Nance from sharing the same unit at the complex “based on the faith-based nature of the organization and the religious convictions of its board members.” The not-for-profit CCRC’s cohabitation policy, according to the filing, “defines ‘marriage’ to mean ‘the union of one man and one woman, as marriage is understood in the Bible.’ ”

The community is not operated by a church entity, Friendship Village said in the filing, and the CCRC does not inquire about the religious beliefs of applicants seeking residency.

The federal Fair Housing Act prohibits discrimination based on “race, color, religion, sex, familial status, or national origin.” Walsh and Nance are being represented by the National Center for Lesbian Rights; law firm Relman, Dane & Colfax; ACLU of Missouri and attorney Arlene Zarembka, who argued that Friendship Village discriminated against them on the basis of sex.

In her 10-page memorandum and order, however, U.S. District Judge Jean Hamilton wrote that “the court finds the claims boil down to those of discrimination based on sexual orientation rather than sex alone.”

The plaintiffs’ attorneys told McKnight’s Senior Living that they disagree with the decision.

“Planning for senior housing is a big decision, and Mary and Bev chose Friendship Village because it is in their community, they have friends there and it offers services that would allow them to stay together there for the rest of their lives,” attorney Julie Wilensky of the National Center for Lesbian Rights said. “The discrimination they experienced was very hurtful. If Mary were a man married to Bev, instead of a woman married to Bev, Friendship Village would not have turned them away.”

Zarembka added: “Friendship Village’s denial of housing to Mary and Bev because they are two women, and not a man and a woman, is discrimination ‘because of sex’ in the most literal sense. That Mary and Bev are lesbians doesn’t change this analysis. We disagree with the district court’s decision and are considering next steps.”

“Mary Walsh and Bev Nance were discriminatorily denied admission to the Friendship Village retirement community for one reason only – because they are two women in a committed relationship rather than a woman and a man. This is sex discrimination, and it is against the law,” SAGE CEO Michael Adams told McKnight’s Senior Living. “The fact that a federal court thinks otherwise and has ruled that the federal Fair Housing Act does not protect an older same-sex couple who was subjected to such blatant discrimination just underlines that much more must be done to protect LGBTQ older people from bias and mistreatment as they age. SAGE will work tirelessly to ensure that people like Mary and Bev – and all LGBT older people – are treated with the respect and dignity they deserve and are protected against discrimination by the laws of this country.”

Diversity/Equity/Inclusion LGBT Lois A. Bowers
Next post in News 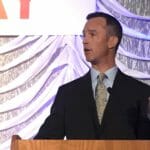