The not-for-profit generic drug company that parent organizations of senior living community operators and others announced in January now has a name, a CEO, $30 million in support from three national foundations and a focus on 14 drugs.

“We are creating a public asset with a mission to ensure that essential generic medications are accessible and affordable,” Civica Rx’s newly named CEO, Martin VanTrieste, said in a statement. The former chief quality officer for biopharmaceutical company Amgen, who was a member of the advisory committee guiding the formation of the company, will lead the Salt Lake City-based company without compensation.

Civica Rx has not publicly named the medications on which it will focus initially but said they will be hospital-administered. Company representatives plan to meet with FDA officials in the coming weeks, and the company expects to have its first products on the market as early as 2019.

The company either directly will manufacture the drugs or will sub-contract the manufacturing. “We are actively working with four to five high-quality generic manufacturers on what a partnership arrangement could look like,” Civica Rx said.

Each of the seven organizations will have representation on the Civica Rx Board of Directors and will provide much of the initial capitalization for the company. Civica Rx said it ultimately will have representation from 25 nationwide health systems on its board, with the other participating health systems to be announced later this year.  The U.S. Department of Veterans Affairs also will work in consultation with Civica Rx to address its particular needs.

St. Louis, MO-based Ascension, originally named as part of the collaboration in January, was missing from Thursday’s announcement. The organization, the largest nonprofit health system in the United States and the world’s largest Catholic health system, has 141 hospitals and an Ascension Living subsidiary that operates 25 senior living communities across 10 states.

“We commend the ongoing efforts that Civica Rx has put forth thus far in developing a non-profit generic drug manufacturer to combat shortages and unpredictable price volatility,” Ascension President and CEO Tony Tersigni told the St. Louis Post-Dispatch. “While we won’t be a governing member, we will continue to be strong and vocal advocates for transparency, access and availability to the generic drug market.”

Three national philanthropies — the Laura and John Arnold Foundation, the Peterson Center on Healthcare and the Gary and Mary West Foundation — collectively have committed $30 million to the effort and also will join the Civica Rx Board as governing members.

Civica Rx said that since the initiative was announced in January, more than 120 health organizations, representing about one-third of the nation’s hospitals, have expressed a commitment or interest in participating with the new company, which VanTrieste said “shows a great need for this initiative.”

“This will improve the situation for patients by bringing much-needed competition to the generic drug market,” he added. 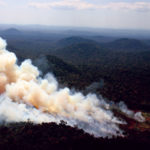