The properties are part of a total of 17 former Brookdale communities of which Eclipse is assuming management — 15 as of Oct. 1 and two more in November. The balance of the communities will be marketed under the existing Elmcroft Senior Living name.

As of Monday, four properties had the Embark name: Embark at Niles in Niles, IL; Embark at Orchard Glen in Orchard Park, NY; Embark at Statesman Club in Oklahoma City, OK; and Embark at Willowbrook Park in Houston.

With the two communities acquired in November, Eclipse will manage 101 communities in 27 states across the two brands.

“In our company’s first year, we’ve realized two of our major goals: to become a multi-brand senior living management company and to grow to more than 100 communities,” Hsiao said. “We are honored to have the ability to care for thousands of more residents and to provide greater career opportunities for all of our associates.”

Eclipse’s formation was announced in January when it assumed management of 76 private-pay senior housing communities serving approximately 6,000 seniors and owned by real estate investment trust Ventas. Most of those properties previously were leased by the former Elmcroft Senior Living of Louisville, KY. Eclipse continued marketing units in those communities using the Elmcroft name.

At the time, Ventas announced that it had acquired a 34% ownership stake in Eclipse, with the Eclipse management owning the remaining 66% stake. 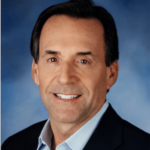