If you want to help prevent residents from being victims of financial abuse, educate them.

That’s a key takeaway for senior living operators from a new report on elder fraud from Florida State University’s College of Criminology and Criminal Justice.

Researchers from the college, in partnership with Merrill Lynch and Seniors vs. Crime, interviewed and conducted focus groups with residents of The Villages, one of the largest retirement communities in the country, and looked at incident report data, arrest statistics and national surveys.

“Residents repeatedly said they needed more information and education on financial exploitation scams occurring in their neighborhood, suggestions on who to report to and options for recovering any money lost,” the report authors wrote.

The researchers also found a need to educate residents about the “dome effect” created by retirement communities. “People move to the retirement community and believe it is a ‘fantasyland’ where ‘nothing bad ever happens,’ ” according to the report. “Because of these perceptions, residents are overly trusting of strangers in the area and find themselves as victims.”

The authors found that, between January 2010 and May 2015, residents of The Villages made 3,735 complaints of elder fraud victimization, but only 265 arrests occurred. The average age of fraud victims was 72, and the average financial loss was $2,000 per claim. Regardless of the size of their monetary loss, however, the victims experienced psychological and emotional distress as well as negative effects to their quality of life, health and financial security, the report authors said.

The most common source of fraud was related to in-home services, particularly unnecessary repairs. Life events such as the death or incapacitation of a spouse, the receipt of a significant health diagnosis, or a move or change in social support networks were the most common precursors to financial exploitation. 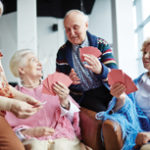