A corporate representative for Macromark Inc. pleaded guilty Sept. 25 in the U.S. District Court in Hartford, CT, to charges that the firm was part of a conspiracy to commit mail and wire fraud. The schemes tricked thousands of consumers into paying fees for “falsely promised cash prized and purportedly personalized ‘psychic’ services,” according to the Department of Justice.

The government alleges Macromark provided list-brokerage services from 2005 to 2016 to clients running mass-mailing fraud schemes. Specifically, Macromark reportedly helped fraudulent mass mailers acquire and sell lists of potential victims to other mass mailers. Those lists were “essential” to the fraudulent mass mailer clients, allowing them to more effectively reach consumers susceptible to their schemes, including the elderly and vulnerable, the Justice Department said.

In 2016, the U.S. Postal Inspection Service executed search warrants on the company’s offices, and the Civil Division’s Consumer Protection Branch obtained a federal court order preventing the company from facilitating mass mailing fraud. That court order resulted in a permanent injunction prohibiting Macromark from dealing in certain promotions or solicitations, including sweepstakes reports, wealth-building programs or psychics. The company also was required to hire a compliance officer and to audit a sample of all list orders for five years.

“List brokers and service providers, such as Macromark, who facilitate these schemes are especially dangerous,” said Inspector in Charge Delany DeLeon-Colon of the U.S. Postal Inspection Service’s Criminal Investigations Group. “Data firms such as this have extraordinary access to consumers’ personal information, not just their mailing address. The sale and distribution of this data exponentially magnifies the scale and impact of these schemes.”

Under the terms of the company’s recent guilty plea, Macromark could be sentenced to three years of probation, forfeiture and fines totaling $1 million, and be required to cooperate with any related government investigation or prosecution. The final sentence awaits a ruling from the federal court overseeing the case. 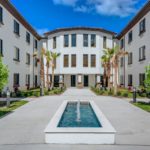