Philip Esformes, the Florida assisted living and skilled nursing facility owner found guilty in April of more than 20 charges in a case that the federal government described as “the largest single criminal healthcare fraud case ever brought against individuals by the Department of Justice,” must forfeit his interest in seven operating companies related to his facilities, a federal court has ruled.

The decision, issued July 1 in the U.S. District Court for the Southern District of Florida, was a denial of Esformes’ motion asking the court to acquit a jury’s verdict that the assets were forfeitable. The judge’s order applies to Esformes’ interest in the operating companies for the following assisted living or skilled nursing properties: Eden Gardens in Miami, Fair Havens Center in Miami Springs, Flamingo Park Manor in Hialeah, Harmony Health Center in Kendall, North Dade Nursing and Rehabilitation Center in North Miami, Nursing Center at Mercy in Miami and the now-closed Oceanside Extended Care Center in Miami Beach.

“Esformes’s operating companies gave his business a facade of legitimacy as he used them to hold bank accounts and operate the various SNFs and ALFs engaged in the elaborate money laundering and kickback scheme,” U.S. District Judge Robert N. Scola Jr., wrote. “Accordingly, the Court finds that there is sufficient evidence to ‘permit a reasonable jury to conclude that the Government has proven, by a preponderance of the evidence, that the property is subject to forfeiture.’ ”

Esformes, arrested in 2016, originally faced 26 charges. At his trial, federal prosecutors said that his “extensive healthcare fraud conspiracy” lasted from approximately January 1998 through July 2016. During that time, they said, Esformes bribed physicians to admit patients and residents into his assisted living and skilled nursing facilities and then cycled those patients and residents through the facilities. The scheme involved more than $1.3 billion in fraudulent claims to Medicare and Medicaid for services that were not provided, were not medically necessary or were procured through the payment of kickbacks, prosecutors said.

Esformes was convicted of:

He is appealing the convictions. 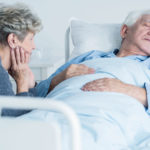