Former assisted living facility and nursing home owner Philip Esformes plans to appeal a jury’s finding, announced Friday, that he is guilty of 20 charges in a case that the federal government is calling “largest healthcare fraud scheme ever charged by the Justice Department, involving over $1.3 billion in fraudulent claims to Medicare and Medicaid for services that were not provided, were not medically necessary or were procured through the payment of kickbacks.”

The plans are according to defense attorney Roy Black, said the Associated Press, which also reported that Black suggested that prosecutors may have overstated the amount of money involved in the case and noted that in their four days of deliberations, jurors could not come to agreement about the main count against his client: conspiracy to commit healthcare fraud.

Esformes, 50, originally faced 26 charges. He was convicted of:

Sentencing has not yet been scheduled, according to the Justice Department. Esformes faces a potential 250 years in prison for the charges of which he was convicted, although under federal sentencing guidelines, his sentence most likely will be much less, the Associated Press said.

At the eight-week trial, federal prosecutors said that Esformes’ “extensive healthcare fraud conspiracy” lasted from approximately January 1998 through July 2016. During that time, they said, Esformes bribed physicians to admit patients and residents into his assisted living and skilled nursing facilities and then cycled those patients and residents through the facilities, where they often did not receive appropriate medical services or received medically unnecessary services, which were then billed to Medicare and Medicaid.

Altogether, according to the federal government, Esformes personally received more than $37 million from the scheme. They said he used proceeds to buy luxury automobiles and a $360,000 watch and, as part of the college admissions scheme now in the news, to bribe the basketball coach at the University of Pennsylvania in exchange for his help in getting his son admitted to the university.

At the Esformes trial, some witnesses testified that conditions in the facilities were poor and care inadequate but that the businessman was able to conceal this information from authorities by bribing Bertha Blanco, a 30-year employee of the Agency for Health Care Administration, which oversees the licensure of assisted living and skilled nursing facilities in Florida, to provide advance notice of surprise inspections. Blanco was sentenced to almost five years in prison in December 2017 for accepting bribes in exchange for providing confidential information to operators, including Esformes.

Also in the case, former hospital outpatient director Odette Barcha pleaded guilty to one count of conspiring to violate the anti-kickback statute, for paying bribes to physicians to refer patients to the hospital and to receiving kickbacks to move patients into Esformes’ facilities. She was sentenced to 15 months in prison on Wednesday.

Physician’s assistant Arnaldo Carmouze previously pleaded guilty to conspiracy to commit healthcare fraud, for accepting bribes for making patient referrals to a hospital and to Esformes’ facilities. He is scheduled to be sentenced Wednesday.

Esformes has been in prison since his arrest in 2016. The federal jury will return to court today to decide issues related to the confiscation of Esformes’ assets, according to the Associated Press. 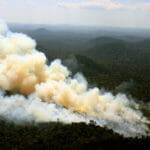