Tulsa, OK-based Senior Star Management Co. co-founders William F. Thomas and Robert D. Thomas, in a letter to fellow shareholders filed with the U.S. Securities and Exchange Commission, reasserted their opinion that the company’s board and management need to shift strategies in order for share price to reflect what they believe is the company’s intrinsic value. The Thomases own approximately 3.4 million Five Star shares, or 6.8% of outstanding shares.

The Thomases said they issued the letter in response to Five Star’s recent sale of seven communities to Senior Housing Properties Trust for $112.4 million. The trust subsequently leased the properties back to Five Star, according to a July 1 filing with the SEC. Under terms of the lease, Five Star will pay Senior Housing Properties Trust annual rent of approximately $8.4 million, plus, beginning in 2018, percentage rent equal to 4% of the amount by which gross revenues of each community exceed the previous year’s gross revenues.

“While the recent efforts of Five Star’s management to monetize the company’s balance sheet are encouraging, we are concerned by the additional leverage and cash flow burden placed on the company,” William Thomas wrote. “We continue to believe that Five Star is significantly undervalued with the potential to be a best-in-class operator. However, until leadership can consistently demonstrate independence from other affiliated entities, achieving that potential will be a long and challenging road.”

Monday’s letter reiterates advice the Thomases gave in a March 1 letter to Five Star. The Thomases made a $325 million bid for 33 Five Star properties in December, but Five Star rejected it. 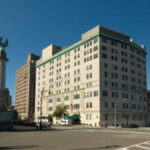