The former CEO of American Senior Communities and three others have been indicted for their alleged roles in a $16 million fraud, kickback and money-laundering scheme, U.S. Attorney Josh J. Minkler announced Wednesday.

Between 2009 and 2015, according to the indictment, the four men engaged in side deals with outside vendors for their own personal benefit, unbeknownst to, and at the expense of, Health & Hospital Corp. of Marion County (which owns 70 Indiana facilities that it pays ASC to manage) and ASC’s owners. Often, the indictment said, ASC and Health & Hospital Corp. were intentionally overcharged for products and services, and then the overcharges were funneled back to the men through a web of more than 20 shell companies. In other instances, according to the government, the vendors simply paid kickbacks to the men in exchange for doing business with ASC.

James Burkart’s home in Carmel, IN, originally was raided by the FBI in September 2015. Days later, ASC fired him. Benson was fired, and Chief Financial Officer Roger Werner resigned, in October 2015.

ASC, in a statement released Wednesday, said it will continue to cooperate with federal agencies until the investigation related to the “betrayal of trust by two of its former officers” is concluded.

“ASC has emerged from this process a stronger, more vital organization,” the statement said. “ASC has implemented many safeguards, and strengthened the organization with new leadership under the direction of CEO Donna Kelsey.” 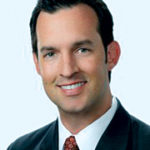