A proposed rule that the Florida Department of Elder Affairs says addresses safety and quality issues in Sunshine State assisted living communities is being challenged by two associations representing operators there.

The proposed rule, according to the department, “address[es] the safety and quality of services and care provided to residents within assisted living facilities while being mindful of unnecessary increases in regulation given the many variations in services provided, the number of residents or size or the facility, and the makeup or resident populations in the facilities.”

In an email to members on Thursday, the same day it filed its legal challenge, FALA said that it is especially concerned about three provisions of the proposed rule.

First, the association said, a provision in the rule that would require staff to read medication aloud to all residents would require additional staff, “drastically prohibit the use of dual-occupancy rooms” and “adversely affect the operations of small businesses (the assisted living industry) in Florida.”

FALA noted that many of its members were concerned about “reading aloud” provision. “The time associated with this task drastically increases the time allotted to pass medication in the two-hour window,” the association said. “This task also places those assisting with medication in a unrealistic position to explain what a nurse or healthcare provider should be explaining.”

Another provision that would require communities to maintain and store the progress notes, assessments and orders provided by third-party providers would be problematic, the association said, because not all assisted living communities employ nurses to review the information contained in such documents, “but the liability and potential for lawsuits increase by having these documents in the file when they are intended for professionals to review.” Also, the association said, communities do not have contracts with these providers; rather, residents choose the third parties that provide them care.

A third provision in the proposed rule would require communities with a limited nursing specialty license to coordinate care with a third-party provider. “Current law does not require an assisted living provider to staff the facility with a nurse if nursing services are not being provided by the facility,” the association said. “The proposed rule, as written, would require a facility to be staffed with a nurse if third-party services are being provided in order to coordinate care.”

As does FALA, FSLA disagrees with the rule provision that would require assisted living communities to maintain paperwork from third-party providers of nursing services with which residents contract. “ALFs are currently only required to maintain records for services that are ‘provided, supervised, or implemented by the facility that require a healthcare provider’s order,’ ” FSLA said.

FSLA also said that the rule’s requirement that all community employees sanitize their hands with alcohol-based hand rubs or soap before and after contact with residents conflicts with the state’s Assisted Living Facilities Act, which “aim[s] to promote a home-like environment instead of an institutional environment, such as would be appropriate for a hospital or similar health care facility.”

Neither the FALA nor the FSLA cases have been assigned to an administrative law judge, according to the state Division of Administrative Hearings. 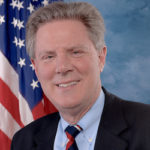