Having purpose is key to a successful retirement, according to 92% of retirees participating in a new study.

Findings described in “The Four Pillars of the New Retirement: What a Difference a Year Makes,” by Edward Jones and Age Wave, indicates that the pandemic is influencing the timing and funding of retirement. The tracking study also describes what Americans now say are the most critical aspects of both financial and non-financial elements of comprehensive retirement planning.

The study, conducted by the Harris Poll in December 2020 and March 2021 among 2,000 adults, is a follow-up to 2020 research that explored the four pillars of living well in retirement — health, family, purpose and finances.

“We realized all four pillars are equally important elements to planning for retirement — it’s not just about the money,” Dychtwald said. “While many have suffered financially and mentally during the pandemic, there are silver linings. There is more of a focus on what’s really important in life — family is at the top of the list.”

In the pillar of purpose, respondents reported deriving it from family and friends, with 67% of retirees indicating that spending time with loved ones provides the greatest source of meaning, purpose and fulfillment. In addition 93% of retirees said it is important to feel useful in retirement.

Additionally, 76% of respondents credit the pandemic with helping them “refocus on what’s most important in life.”

Despite the pandemic, retirees reported greater optimism than others, with a majority (61%) reporting that the pandemic gave them “more appreciation for what makes life meaningful,” compared with 46% of all other Americans. In addition, 53% said they now have “greater empathy and compassion for people who are struggling in ways that they are not.”

“The past year disrupted life as we knew it, yet, today, we are encouraged to see that Americans across five generations are taking steps to reset, reprioritize and reconsider their purpose and their retirement plans,” said Ken Cella, Edward Jones’ client service group principal.

One surprise from the latest study is the revelation that retirees are an untapped force for social good, according to the sponsoring organizations. Eighty-six percent of all adults and 89% of retirees said retirees should have more ways to put their talents and knowledge to use to benefit their communities and society in general.

“As we age, the definition of success shifts to our impact on others and toward self-acceptance,” Dychtwald said. “It becomes more about having a positive influence on the people you care about and feeling good about oneself. That resonates with people as they age. Achieving wealth and career success is not so important.”

Retirees indicated they would like to volunteer 3.3 hours per week, nearly four times the retiree volunteer rate over recent years. This amount of time translates to 238 billion hours of volunteer time over the next two decades, equal to a potential $6.8 trillion of social contribution.

“Retirees are an untapped force for social good,” Dychtwald said. “Taking retirees and utilizing them as a human resource to make things better for overall society is taking hold.”

Dychtwald said 69 million Americans have altered their retirement timing, with one in three saying they delayed the timing primarily for financial reasons that showed up during COVID.

The study found that retirees’ financial worries grew over the past year, with healthcare and long-term care costs (58%), unexpected expenses (56%) and a significant economic downturn or recession (8%) remaining their top three concerns.

Retirees, Cella said, have fared better financially during the pandemic due to the financial safety nets of social security, Medicare, pensions, savings, investments and home ownership — 60% of retirees do not have a mortgage.

But 61% of retirees, however, said they wished they had done a better job in planning for the financial aspects of retirement. The majority (54%) also said they wished they had done better at planning for the non-financial aspects of their retirement, including how to spend time in meaningful ways, where to live, how to manage their health to live life to its fullest, and how to make friends.

“Planning for retirement is more than saving for retirement,” Cella said. “When purpose meets passion, it enables us to envision a better future for ourselves, our clients and the families they have and the communities they live in.” 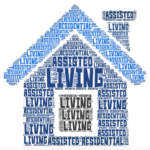