The Department of Health and Human Services Office of Inspector General has delayed the publication of previously announced reports on assisted living and personal care services.

In August 2019, the OIG announced a forthcoming report focusing on assisted living providers that serve Medicaid beneficiaries. That report originally was to be released between Oct. 1, 2019, and Sept. 30, 2020, aligning with the federal 2020 fiscal year, but the office’s work plan now indicates that the report will be released sometime in 2021.

The office’s effort will follow up on a 2018 report by the Government Accountability Office that “indicated that improved Federal oversight of beneficiary health and welfare is needed in States’ administration of Medicaid assisted living services,” the work plan states.

The OIG previously had announced that it also planned to release in fiscal year 2020 a report on personal care services that help Medicaid beneficiaries with activities of daily living. That report now will be published in 2022, the office said in its updated work plan.

“Prior OIG reviews identified significant problems with States’ compliance with PCS requirements. Some reviews also showed that program safeguards intended to ensure medical necessity, patient safety, and quality, and prevent improper payments were often ineffective,” the office said in April. “We will determine whether improvements have been made to the oversight and monitoring of PCS and whether those improvements have reduced the number of PCS claims not in compliance with Federal and State requirements.”

Assisted living Lois A. Bowers
Next post in News 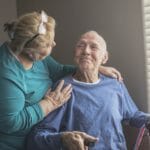