Providers cheered federal health officials’ decision to withdraw a proposal they warned could cut up to $50 billion nationwide from the Medicaid program annually.

The Centers for Medicare & Medicaid Services announced Monday that it’s rescinding the proposed Medicaid Fiscal Accountability Rule, or MFAR. CMS Administrator Seema Verma in a tweet said the agency “listened closely to concerns that have been raised by our state and provider partners about potential unintended consequences of the proposed rule, which require further study. Therefore, CMS is withdrawing the rule from the regulatory agenda.”

“We appreciate CMS listening to the input from long-term care providers and recognizing the detrimental impact this proposal would have had on the vulnerable residents in our facilities,” the American Health Care Association/National Center for Assisted Living said in a statement to McKnight’s on Monday.

“The opposition to this proposal was significant,” LeadingAge President and CEO Katie Smith Sloan told McKnight’s. “We are pleased that CMS has heard these concerns and responded by removing the rule from further consideration.”

AHCA/NCAL was a part of a group of long-term care and hospital providers in January that called on the agency to withdraw the proposal in January. LeadingAge in January submitted a letter to the agency expressing its displeasure with the proposal.

“Enacting this proposed rule would cut up to $50 billion nationally from the Medicaid program annually, further crippling Medicaid financing in many states and jeopardizing access to care for the 75 million Americans who rely on the program as their primary source of health coverage,” AHCA/NCAL and the American Hospital Association wrote in a joint statement.

“Given the absence of Medicare and private insurance coverage of [long-term services and supports], any changes to how states finance their Medicaid programs has direct implications both for these services and for the people who rely on them to meet their needs. LeadingAge cannot support any policy proposal that would threaten Medicaid LTSS funding,” Sloan said at the time.

CMS announced the rule in November as an effort to add transparency to the Medicaid payment process and eliminate suspect practices. 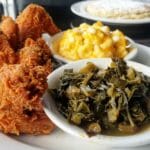 Southern living can take a toll on health, rankings suggest