U.S. Secretary of Commerce Gina Raimondo on Monday voiced her support for the Better Care Better Jobs Act, legislation currently under consideration in Congress that would increase Medicaid funding for home care.

Passing a bill that would increase wages for home care workers and improve access to home care for seniors and people with disabilities is “vital for our economic prosperity,” said Raimondo, one of several panelists on a call to support the bill. Joining her were lawmakers Sen. Bob Casey (D-PA), Rep. Debbie Dingell (D-MI) and Rep. Susan Wild (D-PA). SEIU President Mary Kay Henry, along with a home care worker and recipient, also spoke in favor of the legislation. Ai-jen Poo, co-founder and executive director of the National Domestic Workers Alliance, moderated the discussion.

A care infrastructure is an economic issue, said Raimondo, noting that as governor of Rhode Island, investing in the care economy was one of her priorities. It is “necessary if we’re going to have a productive and vibrant workforce,” she said.

The substance of the bill reflects the greatness of the United States, Casey, who introduced the legislation in late June, said Monday.

“This is in the end a great American idea,” he said, adding, “Caregiving is essential, but it’s also a part of American infrastructure. It’s part of who we are.”

Beyond increasing wages, the bill would improve access to home care, he said. A total of 820,000 Americans are on a waiting list to receive home care, he pointed out. Tolerating wages of $12 an hour for caregivers “is, in a word, un-American, an insult to who we are as a people. Who we claim to be is another way of saying it.”

Others on the call talked about their personal experiences with caregiving. Dingell cared for her husband, Rep. John Dingell, who died in 2019, and Wild’s mother received hospice care at home.

Helping to provide inspiration for the bill’s proponents were caregiver Lynn Weidner, who works in Allentown, PA, caring for Brandon Kingsmore. Both spoke on the call Monday.

“It’s time for us to realize that home care is essential, and we need to take care of the people that are taking care of us,” Kingsmore said.

Said Dingell: “We’re going to get this done for you.” 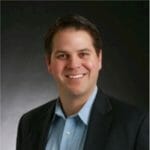 Peer-to-Peer: AccordCare, which dropped anchor on East Coast, now has designs on West