A third person was sentenced Wednesday for playing a role in a conspiracy at the Merida Group, a chain of hospice and home health agencies throughout Texas. Operations manager Jose Garza falsely convinced thousands of patients with long-term incurable diseases they had less than six months to live in order to enroll the patients in hospice programs, according to a release from the Department of Justice.

From 2009 to 2018, physicians were bribed with illegal kickbacks, under the pretense of medical directorships, to falsely certify unqualified patients for services, the Department of Justice said. Employees were instructed to falsify medical records, making non-terminal patients appear to be terminally ill and declining. Garza admitted to facilitating kickback payments to physicians, and directing employees to falsify medical records. 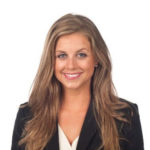