InnovAge, a new publicly traded company that contracts with Medicare and Medicaid through the Program for All-Inclusive Care for the Elderly (PACE), experienced signs of pandemic recovery in the fiscal third quarter, the firm said this week.

Member months (the number of individuals participating in the plan each month) increased by 6% on a year-over-year basis to over 19,900, President and CEO Maureen Hewitt said in an earnings call Tuesday, according to a transcript. Also, as of the fiscal third quarter, the company had 18 centers in five states — Colorado, New Mexico, California, Virginia and Pennsylvania — with two more states, Florida and Kentucky, under development.

“During the quarter, we started to see some normalization with centers starting to reopen in Colorado in California,” Hewitt said, according to the transcript. “And we are pleased to announce our center in New Mexico has also opened. As more people get vaccinated and states continue to loosen restrictions, we think we’ll get closer to normalize trends. However, it’s hard to predict when we will be back to full capacity, as some things are outside of our control.”

Revenues, meanwhile, at the company, increased by 8% to $156.3 million in the fiscal third quarter as the firm suffered a loss of $10.9 million due to costs related to its initial public offering on March 8.

The company expects three new center openings in two states in the next 18 months and two additional new centers by the beginning of calendar year 2023. It also is working toward a goal of having 90% of staff and participants vaccinated by the end of July.

In other earnings news, ModivCare, a technology-enabled healthcare services company, said the acquisition of Simplura Health Group in November 2020 helped to offset the negative impact of COVID-19 on its personal care segment. Simplura has home healthcare agencies in six states.

“Simplura is our first building block in a rapidly growing $55 billion home and personal care market, which is highly fragmented with more than 18,000 agencies,” he said, according to a transcript. “We intend to grow our Personal Care segment, both organically and through an aggressive yet disciplined approach to acquisitions.”

He added, “As we grow our personal care segment we are focused on attractive multiples, as well as strategic opportunities that we believe can create substantial shareholder value, particularly considering the public market multiples attributed to our home care peers.” 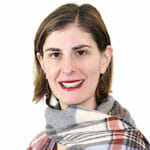 Did you implement a pivotal home care innovation? Tell ‘McKnight’s’ about it