Labor Secretary Marty Walsh put employers on notice Thursday that he’s going after wage violators and used a Tennessee home care agency as an example. Last week the U.S. Department of Labor announced it recovered $358,000 in back wages from Oliver, TN-based Servant’s Quest.

“The president believes in putting workers first because that is what makes the economy run,” Walsh said.

During a Department of Labor webinar, home healthcare nurse Nikki Brewster said she was awarded $11,000 in back wages after Servant’s Quest misclassified her as a contract worker and refused to pay her overtime.

“That helped us immensely, My husband is adisabled veteran. We were able to do some remodeling to our home to make our home more accessible for him,” Brewster said.

Under Walsh, the Labor Department has eliminated a program that allowed employers to self-report wage and hour violations, while avoiding penalties and damages. The agency has also withdrawn guidance that made it easier to misclassify workers as independent contractors. 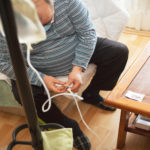 DaVita Q1 revenues decline due to impact of COVID-19