The long-term care system in coming years should include an expansion of home- and community-based services (HCBS), policy, advocacy and consumer experts said during a virtual roundtable discussion Thursday sponsored by the Solomon Center for Health Law and Policy at Yale Law School.

“Let’s allow individuals to age where they want to age; that’s in the community,” said David Grabowski, professor of healthcare policy at Harvard Medical School. He added that it’s also important to strengthen nursing homes, in part by making them smaller.

Shawn Bloom, president and CEO of the National Program of All-inclusive Care for the Elderly (PACE) Association, noted that long-term care should be community-centric, with home being the first line of support. It should also be comprehensive, without the fragmentation between Medicare and Medicaid; and offer integrated services. In addition, it should be person-centered, coordinated, accountable and cost-effective.

If there is a move toward a more community-based system, “we need safe and affordable senior housing,” Bloom said. “That will be an important leg of the stool.”

Lori Smetanka, executive director of the National Consumer Voice for Quality Long-Term Care, also spoke of the importance of growing HCBS. Consumers want “affordable, accessible options” where they can get systems and support in the place of their choice that meets their needs, she said.

“That means more HCBS and integration of services,” she said. “They want to be fully engaged in the implementation of their care.”

Smetanka noted that consumers also are looking for well-trained staff, accountability, and transparency regarding how government dollars are spent.

How to improve the funding of long-term care was a key point of discussion. There was some difference of opinion among the speakers about whether to increase funding to long-term care or regulate how current dollars are spent. Most agreed about the need to allocate more dollars toward staffing.

“There should be increased investment in Medicaid,” said Mark Parkinson, president and CEO of the American Health Care Association/National Center for Assisted Living. “Let’s figure out where to get the best results for the dollars spent and get the best resources.”

Supporting staff also was a key topic. If he was reimagining a new long-term care system, Bloom said he would “recognize the importance of family caregivers and the compensation of family-based caregivers, and think about how we support them.”

If he could wave his magic wand, he would make PACE a mandatory benefit, Bloom said in his closing remarks. PACE is a Medicare and Medicaid program that helps people meet their healthcare needs in the community instead of going to a nursing home or other care facility.

“We need a community-based option,” Bloom said, noting that the PACE outcomes speak for themselves. PACE’s challenge is providing more primary care staff, he added. 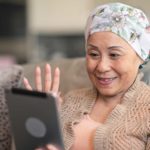