Leading healthcare nonprofits say the U.S. is falling short vaccinating homebound seniors and people with disabilities against COVID-19. In a report released Monday. Trust for America’s Health called on federal, state and local governments to partner with healthcare agencies and community groups to identify the homebound and get them vaccinated.

The study, funded by The John A. Hartford Foundation and Cambria Health Foundation, said at least 2 million older adults are homebound. However, the report didn’t say how many of those seniors haven’t yet been vaccinated.

Jane Carmody, senior program officer for The John A. Hartford Foundation, told McKnight’s Home Care Daily a patchwork of efforts to get shots into the arms of the homebound is not working and needs better coordination.

The report urges local and state leaders to prioritize the homebound for vaccinations, ensure equitable availability to the vaccine, ensure vaccine teams include trusted providers, and guarantee that all costs to deliver the vaccines are covered by government agencies or private payers.

Over the past few months, Insurance companies, local agencies on aging and a variety of other groups have been working independently to get the homebound vaccinated. A Medicare Advantage plan in California recently began dispatching emergency medical technicians to vaccinate the homebound in Los Angeles. In one Maine community, a home healthcare firm partnered with a hospital to vaccinate seniors.

Carmody said efforts like those should serve as a template for a large, coordinated plan.

“We’ve seen stories of nurses with leftover vaccines going out and vaccinating the homebound,” Carmody said. “That’s great, but we need a program and a plan.”

So far, more than a third of the U.S. population has been fully vaccinated, while two-thirds of people 65 and older have been fully vaccinated. In most states, vaccine eligibility has been expanded to include teenagers. In some, the vaccination rate is actually plateauing, which is creating concern among health experts that herd immunity might not be reached.

Carmody doesn’t think vaccine hesitancy is a problem among the homebound; most would get a COVID-19 shot if they could get it in their homes, she believes. 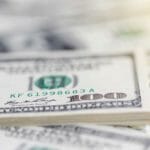