Schakowsky and other members of the Task Force on Aging & Families talked about the need to address low wages and lack of benefits among home care workers, the disproportionately negative impact of such jobs on women and women of color, and the lack of access older people at home have to quality care.

Long-term care worker advocates, who participated on the call, helped to bolster the representatives’ arguments.

With Biden’s proposed $400 billion plan, “we have an historic opportunity to expand access to essential services … and to raise wages and improve the quality of jobs for the direct care workforce once for all,” said Ai-Jen Poo, co-founder and director of the National Domestic Workers Alliance.

The benefits of such a plan include creating “good union jobs” for primarily women of color that “aren’t automated and can’t be outsourced,” she said.

Good public policy also would let informal caregivers return to work; provide a quality of life for older adults and people with disabilities in their communities; and create a path to citizenship for undocumented workers, many of whom work in home care, she said.

Ruth Katz, senior vice president of public policy for LeadingAge, argued that Biden’s plan can address four big challenges: financing an underfunded long-term care system, creating a system that people can navigate and understand, allowing people to receive care where they want to receive it, and paying caregivers a living wage.

“The truth is we’ve been skating on thin ice long before the pandemic,” she said.

She offered some highlights from LeadingAge’s Blueprint for a Better Aging Infrastructure. These include permanently increasing the Federal Medical Assistance Percentage by 10% for long-term care and developing smaller safer nursing homes.

Speakers also addressed the needs of unpaid caregivers, who suffer financial and health strains due to their roles. Rita Choula, director of caregiving for AARP, relayed her story as a caregiver for her mother with dementia and grandmother before that.

“My story was not unique,” she said, noting that she was but one of 48 million unpaid caregivers. “They are the backbone of the long-term care system.” 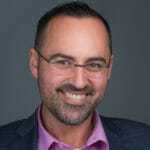 The power of play: Gamification and home care