How baby boomers use their smartphones - News - McKnight's Senior Living

A recent survey adds data to dispute the myth that baby boomers don’t like technology and suggests where senior living communities might want to spend time on their marketing efforts.

Baby boomers spend just about as much time a day on their smartphones as millennials do, according to the survey, by St. Louis-based senior living company Provision Living.

The company queried 1,000 baby boomers and 1,000 millennials to analyze how much time they spent, and how they spent that time, on their phones.

More similarities arose between the two groups when the researchers looked at how the groups’ screen time is spent.

Overall, both groups spent the majority of their time using social media. 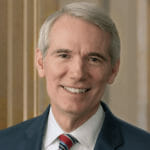