More than half of the 4.7 million households receiving subsidies are headed by seniors or people with disabilities, according to the federal government. Carson’s “Making Affordable Housing Work Act” generally would increase the family monthly rent contribution for tenants in subsidized housing to 35% of gross income. The upper limit on rent for the poorest families would triple to approximately $150 a month. Also, residents no longer would be able to deduct medical costs for rent determinations.

Although current senior residents of subsidized housing would be given a six-year reprieve from the rate changes, Couch said, the new rent structure would apply to new older-adult residents moving into the buildings. “And then the bill also redefines what it means to be an ‘elderly household,’ ” possibly negatively affecting the rent status of some current residents, she added.

“The bill says that for purposes of eligibility, it’s still 62, but for rent-setting and to determine whether or not your household is eligible for the work requirements the bill allows, everyone in the household has to be above 65,” she said.

Seniors who no longer are considered to live in elderly households would fall under the bill’s rent structure for families, and that structure “is much more draconian than the one for seniors and would allow work requirements for those households,” Couch said.

Carson’s act doesn’t propose a timeline, but Congress must approve the changes before they can go into effect.

The HUD secretary indicated that some of the rationale behind the proposal included reducing the administrative burden for public housing authorities and landlords, but Couch said, “We actually think it’s going to be a lot more complicated to administer.”

That’s because program administrators, whether through the Section 202 Supportive Housing for the Elderly program or a public housing authority, effectively would have to manage two different programs, one for current residents who are not subject to the changes — including keeping track of when their six-year exemptions expire — and one for new residents affected right away by the changes, she said.

Another proposed change would permit housing authorities to use up to 40% of their vouchers in a “shallow subsidy” way, according to Couch.

Currently, the value of a voucher must be 90 to 110% of the fair market rent, she said.

“HUD is saying in this bill that ‘We want to “thin the soup” and get more vouchers to more people,’ but those vouchers are going to be less valuable,” she added. “Instead of the value of the voucher being between 90 and 110%, housing authorities, for up to 40% of their vouchers, can make the value be between 20 and 40% of the fair market rent.”

The issue, Couch said, is that low-income housing residents often need hundreds of dollars per month in financial assistance.

“That’s why the voucher program is so great, because it really does bring stability to the families lucky enough to get them,” she said.

Nationally, 24% of vouchers are used by seniors, Couch said. “And these aren’t households who are likely to significantly increase their income so they can afford to participate in the private rental market,” she added.

Beyond the potential of increased rent for residents and more complicated administration for those who operate subsidized housing, LeadingAge also opposes Carson’s ideas, Couch said, because “Our members don’t want to implement these kinds of policies. If the HUD secretary says, ‘No more medical expense deductions,’ our members are the ones who have to tell residents that their rent is going to go up $40 or $100 or $200 a month, knowing that their residents can’t afford those increases. It’s not Sec. Carson who has to sit there and tell people this.”

LeadingAge, Couch said, is communicating with legislators and their staffs on The Hill, hosting phone calls with its members and taking other actions to advocate for its members and the older adults they serve.

“We’re interested in successful aging in place, not in contributing to housing instability,” she said. “Where on earth will these people go if they couldn’t pay their rent — because it’s a lease violation if you don’t pay your rent. We’re not going to want to evict people.”

The House Financial Services Committee is considering its own legislation and reviewed a discussion draft of the “Promoting Resident Opportunity through Rent Reform Act,” proposed by Rep. Dennis Ross (R-FL), on Wednesday. 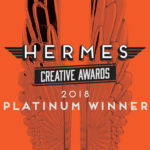