President Biden’s immigration reform policies, as well as immigration reform legislation being considered by Congress, offer potential solutions for ongoing workforce shortages affecting senior living, which were exacerbated by the coronavirus pandemic, according to LeadingAge.

An additional 2.5 million workers overall will be needed by 2030 across several job areas in long-term care — caregiving, counseling, social work, buildings and grounds maintenance, food preparation and serving — to keep up with the growth of America’s aging population, according to a LeadingAge Center for Workforce Solutions report. Senior living communities specifically need to recruit more than 1.2 million new employees by 2025, according to Argentum’s “Getting to 2025: A Senior Living Roadmap.”

Because it’s the industry’s No. 1 challenge, addressing workforce issues is a policy priority for LeadingAge, Argentum, the American Seniors Housing Association and the National Center for Assisted Living. Immigration reform also is a focus for those organizations and specifically is part of LeadingAge’s new Blueprint for a Better Aging Infrastructure plan, which includes support for immigration policies that benefit long-term care providers and provide a path to citizenship for workers.

In recent action on that front, last week, LeadingAge joined members of the Essential Workers Immigration Coalition (members also include NCAL and ASHA) in a virtual meeting with the White House Domestic Policy Council to address immigration policy issues. The EWIC urged council members to address legislation that provides citizenship for essential workers, and they pushed for reintroduction of legislation that would implement a new pilot visa program for essential workers to fill non-farm and seasonal opportunities.

During that meeting, LeadingAge highlighted its IMAGINE (International Migration of Aging and Geriatric Workers in Response to the Needs of Elders) Initiative, launched in 2019. The initiative’s legislative proposals include a temporary guest worker program, changes to the J-1 cultural exchange visa, and new, easy-to-modify nursing or healthcare visas to allow current authorities to focus on aging services workers.

The proposed guest worker program, modeled after programs for the agriculture and hospitality industries, would allow employers to hire qualified foreign-born individuals for a fixed time period. The proposed J-1 cultural exchange changes, for instance, would allow “au pairs” to work in homes of older adults who need assistance.

In the coming weeks, the House Judiciary Committee will work toward advancing the U.S. Citizenship Act of 2021, a comprehensive immigration overhaul bill that includes an eight-year pathway to citizenship for immigrants without legal status, protections for “Dreamers” and an increase in the annual number of immigrant visas for lower-skilled jobs from 10,000 to 40,000.

Biden has given the secretary of Homeland Security the authority to increase the number of H-2B temporary immigation visas for temporary, non-agricultural jobs. The prospective workers, according to LeadingAge, could be employed as short-term personal care aides, nursing assistants and home health aides.

Another effort the industry is watching is a bicameral proposal, the Citizenship for Essential Workers Act, which would allow undocumented people working as essential workers during the pandemic to be eligible for a path to citizenship.

The bill proposes permanent resident status for the more than 5 million immigrants who are essential workers in the nonprofit sector or in healthcare occupations, including residential care, home- and community-based services and home health care. Approximately 1 million of those workers are “Dreamers” holding Deferred Action for Childhood Arrivals status, according to LeadingAge.

The long-term care industry long has looked to immigrants as a potential solution to workforce shortages, and the federal election in November stirred additional commentary.

After Biden won the presidency, Stephen Fleming, CEO of the Well Spring Group in Greensboro, NC, and former LeadingAge board chair, said that immigration reform should be a priority for his administration. “We’ve got to have a commonsense immigration reform policy to get people back coming into this country to assist us with our needs with older adults,” Fleming said at the LeadingAge Annual Meeting Virtual Experience in November.

As 2021 began and Democrats were set to have a majority in the two parts of the federal legislative branch, ASHA’s Schless said that the industry would welcome “immigration policies to support workforce needs.” 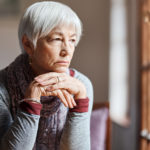