Tariffs and a labor shortage increased senior living construction costs by 6 to 8% year-over-year, but the market will decline later this year or in early 2020, according to a new issue brief prepared by the Weitz Co. for the American Seniors Housing Association.

The brief’s authors, Larry Graeve and Amy Burk, said one indicator is a drop in the Construction Industry Confidence Index to a score of 59 in the fourth quarter, down from a score of 70 in the third quarter. The index is a survey of 250 large construction and design firms. Another indicator, they said, is the Architectural Billing Index, which also declined over the same period.

“Much of the information reviewed indicates a steady market for the first half of 2019 but a potential for slowing later in the year,” they wrote.

The calculations include general conditions, insurance, tax, bond and fee but not site construction costs. 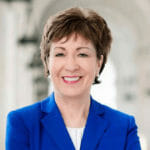