An Illinois law that bans employers from asking job applicants about their salary histories goes into effect today. The law, an amendment to the state Equal Pay Act of 2003, is meant in part to help address gender-related pay disparities.

The bill, according to state Rep. Anna Moeller, a Democrat who had sponsored the legislation, “ends the pernicious practice of using prior wages to determine future pay and increases the penalties on companies and organizations that utilize discriminatory pay practices.”

Gov. JB Pritzker’s Republican predecessor, Bruce Rauner, had vetoed the bill twice when he was in office, she said.

“The hiring process serves one purpose and one purpose alone: Finding the best person for the job at hand. It’s no longer acceptable to wring quality work out of capable women at a discounted rate,” said Pritzker, a Democrat who signed HB 834 into law on July 31.

The law also prohibits employers from asking employees to sign contracts or waivers promising not to discuss salary, benefits or other compensation with colleagues.

“I don’t believe that all employers consciously discriminate, but they need to become aware of this issue,” said state Sen. Cristina Castro, a Democrat who sponsored the legislation in the state senate. “Many employers tend to set salaries for new hires using their previous salary rather than basing it off of the applicant’s worth to the company. Businesses shouldn’t see this new law as a threat; it is the right thing to do.”

Massachusetts was the first state to ban salary history questions, passing a law in 2016 that went into effect last year. California also passed a law in 2016. 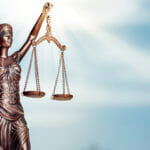