Katie Smith Sloan has been chief operating officer and senior vice president of LeadingAge since 2002, but when the organization’s annual meeting begins Sunday, she’ll be experiencing it from a new perspective, that of incoming president and CEO. LeadingAge announced Oct. 16 that Sloan was unanimously selected by the organization’s board of directors to succeed Larry Minnix, who had been at the helm of the group for 15 years, when he retires at the end of the year.

Her efforts on behalf of aging services providers will be a continuation of what began soon after she graduated from Middlebury College, when she worked for U.S. Sen. Tom Eagleton when he chaired the Special Committee on Aging, and of the work she performed for AARP in various roles after that. LeadingAge, however, holds a special place in her heart, Sloan says.

“We have a real purpose, and I think there’s a huge need out there, and I think we have a real opportunity to help address some of those needs,” she says. “We have an amazing group of members, who are all not-for-profit organizations doing great work in their communities. The staff of LeadingAge is phenomenal, and we also have 38 really strong and important state partners.”

Sloan, who also earned a master’s degree in public policy from George Washington University, says that her strategic vision for the organization is based on its stated mission: expanding the world of possibilities for aging. “The field is changing, and it’s changing pretty fast. It’s changing because of market forces. It’s changing because of changes in demographics and attitudes and expectations on the part of consumers,” she says. “Our opportunity at LeadingAge is to stay ahead of that, to lead some of that change, to ensure that the public policies that we have in place in this country are supporting the needs of people as they age, that we’re creating policies that are going to enable a strong infrastructure or people as they age.”

Workforce issues are the biggest public policy issue facing senior living right now, Sloan says—specifically, “the lack of a sufficient, trained, competent workforce to provide the kinds of services and supports that our members are committed to providing.” In some ways, she adds, the challenge is a local one, because workforce concerns tend to ebb and flow with the local economy, “but it’s also a national issue in terms of the priority that we place on it and job training.”

Public policy related to the financing of long-term services and supports also is a high priority for the organization, she says.

“LeadingAge has been working very hard for the past several years, and we will continue to do so under my leadership, in looking for solutions to paying for long-term care in this country,” Sloan says. “That’s a high priority for us. LeadingAge has put a lot of energy into it, we’ve put a lot of time into it, and we’re very, very committed to a solution.”

As McKnight’s Senior Living previously announced, LeadingAge plans to share the latest findings of its Pathways project Nov. 17. Economic modeling will reveal which of seven investigated options are most likely to help address financing LTSS in the United States.

“Based on that,” Sloan says, “we’ll figure out, ‘Now how do you turn this new information into actual policy?’ ”

Affordable housing remains another focus area for the group, she says.

“We’re trying to find some common ground with Congress, the administration and other stakeholders in finding a new way of preserving the housing we have, first of all, and creating more affordable housing,” Sloan says.

As for the annual meeting, as McKnight’s Senior Living previously announced, LeadingAge will be sharing the results of the CCRC Namestorm project, an effort led with Mather LifeWays to devise a new name for continuing care retirement community. The organizations originally had hoped to announce the name at LeadingAge’s 2014 yearly gathering, but the work took longer than expected.

“It’s a big project,” Sloan says. “As much as anything, the exercise of just thinking through what a name really signifies and what it should signify and what is meaningful to consumers is a good exercise for us to go through.”

Another highlight of the conference will be a tribute to Minnix.

After the meeting, Sloan will continue the transition from COO to CEO LeadingAge, officially taking the reins in January. She’ll be very busy, as usual, continuing in her role as executive director of the International Association of Homes and Services for the Aging and secretary-treasurer of the Consumer Federation of America. Sloan also plans to continue serving on several boards until the natural end of the terms. 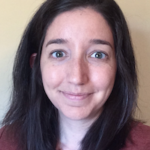