The life care contract is the most common type offered by continuing care retirement communities in Texas, according to a benchmarking report released Monday by Ziegler and My LifeSite.

Under this type of entry-fee contract, also known as Type A, a resident’s monthly service fee remains level at a pre-determined rate over the person’s lifetime, regardless of the services required, except for adjustments for inflation and ancillary expenses. These types of contracts are offered by 42% of CCRCs (also known as life plan communities) in Texas.

By comparison, according to the report, 36% offer modified fee-for-service (Type B) contracts, under which residents pay an entry fee and also are responsible for some expenses associated with assisted living or skilled healthcare services, and 27% offer fee-for-service (Type C) contracts, whereby residents usually pay an entry fee and then pay the full market rate for the cost of care in assisted living and skilled nursing care. Also, 30% of the CCRCs in Texas offer rental contracts in addition to other types of contracts.

“I think it’s interesting to take a look at the number of communities that offer multiple contract types,” Lisa McCracken, Ziegler’s senior vice president of senior living research and development, told McKnight’s Senior Living. “That is a trend we are watching closely throughout the United States, as we know that future residents continue to look for more choice and options. It will be interesting to see what the percentage looks like in the years ahead.”

Ziegler and My LifeSite analyzed data from 32 providers that meet the state’s definition of CCRC to produce the report.

The latest report is the third in a state-by-state series developed by the two companies. Ziegler and My LifeSite previously analyzed Maryland and Virginia CCRCs. 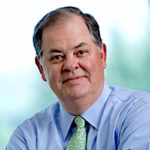 PharMerica plans to ‘get aggressive’ about assisted living