As Congress and the administration negotiate the details of an infrastructure agreement that could top $1.2 trillion, organizations representing senior living and other long-term care providers are calling for investments in the country’s “infrastructure for aging.”

LeadingAge President and CEO Katie Smith Sloan on Tuesday called on Congress not to walk away from funding proposals such as a $400 billion investment in home- and community-based services through the Better Care BetterJobs Act, which is rumored to be in danger of being cut back.

“These investments are decades overdue,” Sloan said. “The country is rapidly growing older, and now is the time to meet the ever-increasing needs of millions of older Americans.”

In a July 16 letter to Congress, Sloan, LCAO’s chair, said the “historic investment” in HCBS through the Better Care Better Jobs Act should increase access to such services across all states and populations, eliminate waiting lists, and make permanent the Money Follows the Person program and spousal impoverishment protections.

“There is no justifiable public policy reason to force Medicare enrollees into poverty to be able to access care at home and in the community that Medicare and and should cover for all enrollees,” Sloan wrote.

The LCAO also reiterated its support for the direct care workforce through better wages, benefits and training.

“Significant investments in the direct care workforce are critical to improving the quality of HCBS and ensuring that direct care jobs are high quality jobs with family sustaining wages and benefits,” Sloan said.

The American Health Care Association / National Center for Assisted Living on Wednesday called on lawmakers to allocate support for capital improvements at assisted living communities and nursing homes “so residents can receive the highest quality of care and additional protection against infectious diseases and other emergency events.”

“We must learn from this pandemic and other national emergencies,” AHCA / NCAL stated. “Congress must prioritize our seniors in the infrastructure package and help provide much needed funding so long-term care facilities can provide better care and be better prepared. Every resident deserves a modern, clean facility that will offer them safety and connectivity.”

Pointing to a recent survey of assisted living community and nursing home providers, AHCA / NCAL said that only one-quarter of providers said they are confident they will make it through to 2022 due to the financial strain caused by responding to the pandemic.

LeadingAge previously outlined its support of further investment in aging services in its Blueprint for a Better Aging Infrastructure. AHCA / NCAL and LeadingAge also collaborated on proposing the Care For Our Seniors Act, a $15 billion reform agenda to help nursing homes. 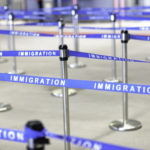