“LTC had a quiet but active first half of the year,” the healthcare real estate investment trust’s chair, CEO and president, Wendy Simpson, told participants in a second-quarter earnings call on Tuesday.

Clint Malin, LTC’s executive vice president and chief investment officer, said that about 75% of the REIT’s new investments this year have been in private-pay assets. “By year’s end, we expect the opening of three additional senior living communities currently under construction and being funded by LTC,” he said.

The REIT continues to seek investment opportunities, Malin said, and has an active development and acquisition pipeline of $130 million. Skilled nursing currently represents 75% of the pipeline, he said, but the mix fluctuates.

“Year to date, the majority of our investments … are on the private-pay side, so it really depends on any specific time as far as what we’re looking at,” Malin said. Overall, about 53% of LTC’s underlying revenue comes from private-pay sources, he said.

Assisted living occupancy was 86% for the trailing 12-month period that ended in the first quarter, Malin said, compared with 79.1% for post-acute properties and 85.3% for range-of-care properties.

Lois A. Bowers LTC Properties
Next post in News 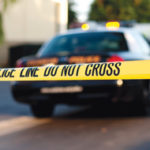