The driver of a senior living community bus on which a resident was found dead after an August outing has had the second-degree manslaughter charge against him dismissed, according to Tulsa World.

Johnathan Patrick Kendrick, a former employee of Brookdale Tulsa Midtown in Oklahoma, had been charged in December, with District Attorney Steve Kunzweiler maintaining that Kendrick was culpably negligent for leaving 84-year-old resident Mary Schlecht on the bus. Tulsa County District Court Judge James Caputo, however, dropped the criminal charge on Monday, according to the media outlet.

Schlecht’s body was found on the community’s travel bus on Aug. 28, the day after she went on an outing with fellow residents. She died of complications of hyperthermia, according to the medical examiner, who classified the death as an accident. 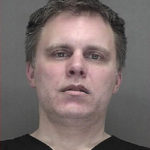