Arnold Whitman is a towering figure, both figuratively and literally, in the world of skilled nursing and senior living investing. The founder, president and CEO of Formation Capital has become as well-known for his billion-dollar deals as he has for promoting the long-term care sector itself.

A fiercely competitive former collegiate and post-collegiate basketball player, he brings the same determination that helped him complete numerous marathoners to the boardroom.

“Four words occur to me when I think of Arnie,” said Robert Kramer, the co-founder of and current senior adviser to the National Investment Center for Seniors Housing & Care, who has worked with Whitman for approximately 30 years. “He’s a big-picture thinker, which is not common in the industry. He’s a visionary, a trailblazer and a risk-taker.”

A combination of those traits was fully apparent when he went counter trend in the early 2000s and bought up Florida facilities when others were fleeing under a contentious legal and regulatory climate.

“Arnie figured out a strategy and bought in Florida. He said, ‘These homes are needed, and the care is needed, and I’m going in,’ ” recalled Kramer, who founded Nexus Insights earlier this year and is the organization’s president. About five years into the strategy, Formation sold six portfolios, including 186 nursing homes, to GE Healthcare Financial Services for an eye-popping $1.4 billion. He followed that quickly with a $620 million purchase of Tandem Health Care.

Like any risk-taker, Whitman also is known for some of the deals that didn’t go down as hoped. In 2005, a hostile takeover attempt of then-giant Beverly Enterprises fell flat. Not long after, however, Formation won the bid for Genesis HealthCare.

Whitman has been a big proponent of NIC from the start. Its board chairman once in the 1990s and again in the 2000s, the irrepressible 6-foot-4 executive is known for his candor and outreach.

Operations-wise, he was far ahead of peers when it came to understanding quality metrics and outcomes. In recent years, he has expanded Formation more into healthcare technology ventures.

“He’s had a transformative impact that goes beyond just the dollars they themselves have invested, which have been huge and significant. It goes way beyond that,” Kramer noted. “He’s always looking to see where the puck’s going. He’s not just doubling down on where he’s been.” 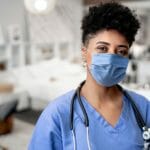