Question: What do you get when you combine a family-owned company with its roots in the timber industry with a leader with a background in banking? Answer: A powerhouse senior living organization.

Although a bit simplistic, this summary helps explain how the Pacific Northwest’s Merrill Gardens grew from one community in Seattle in 1993 to 33 communities in eight states today. In addition, eight new communities are in development for the operator, which offers independent living, assisted living and memory care.

The match might seem a bit unlikely, but back in the early 1990s, when capital was readily available for senior housing, it did not seem far-fetched. At the time, R.D. Merrill Co., an old timber company with a fourth-generation chairman, was looking to diversify into another industry where it could build an operator presence. Enter Bill Pettit, the president of a regional bank who had spent 18 years in commercial banking on the real estate finance side.

With Pettit in charge, the firm targeted independent living and assisted living. The company opted to build residential-sized units with kitchens, a type of model that was more typical in the West than in other parts of the country, which were drawn to either life care contracts (the East) or smaller assisted living buildings (Midwest).

The concept took hold in Washington and California. At the end of the 1990s, the firm acquired Torch Healthcare, which took the concept into Florida, Georgia, Oklahoma, Tennessee and Texas.

Today, Merrill Gardens not only has a strong presence in the United States but also a toehold in China. And Pettit, who is now president of R.D. Merrill Co., continues to seek out more opportunities, in recent years launching Pillar Properties, a sister company for multifamily development, and establishing a course in senior living hospitality at Washington State University.

This year, Puget Sound Business Journal named Merrill Gardens the Family Business of the Year. By anyone’s estimate, the union between timber and banking was a fortuitous one. 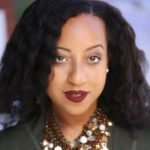