Elma Holder may have been an industry outsider, but she arguably did more than any other person in the past four decades to change the way nursing homes function.

She co-founded the National Citizens’ Coalition for Nursing Home Reform (now the National Consumer Voice for Quality Long-Term Care) in 1975. She also was its first executive director, a position she held until 2002.

Two years into her tenure, Holder co-authored a book about industry conditions that sparked a nationwide call for change. The result was a 1987 reform law that ushered in new caregiving and oversight standards for the nation’s 15,000-plus skilled nursing facilities.

The law succeeded largely in redirecting facilities from custodial institutions to rehabilitation and post-acute settings. Inspections began focusing more on care quality than physical-plant aesthetics. The federal law also included a “bill of rights” for residents.

Throughout the 1990s, Holder pushed hard to reduce the use of physical restraints for mentally confused patients and residents, enlisting the support of progressive nursing home operators who already had cut back on the practice along the way.

Holder appeared frequently in McKnight’s over the years. Among her consistent messages: Better wages for staff are a way to improve quality, and more common spaces in facilities are needed for residents and their families.

Holder certainly made life more difficult for many operators, but she also earned their grudging respect. In the end, her legacy is one of truly improving care for residents. 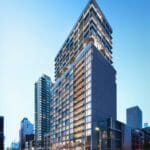