If there is such a thing as a dynasty in long-term care, the Koelsch family certainly represents one.

Sixty-two years ago, Emmett and Alice Koelsch started their family business by selling their family home and acquiring Monticello Hall, a shuttered nursing home in Kelso, WA, south of Seattle. They moved with their five children into the facility’s basement, readied it for residents, and began buying or building every nursing home in the county over the next 10 years.

In 1971, the couple decided to provide services for those who no longer could live alone but did not require skilled nursing care. They built the Delaware Plaza in Longview, WA — still in operation today — providing meals, housekeeping and medication management for residents. Today, this concept is called assisted living, but the term would not be coined for another decade.

The Koelsches, who later divorced, continued building their senior living business over the next 25 years. When they retired, all five of their children followed in their footsteps, starting new senior housing businesses as well. Today, the businesses — Olympia, WA-based Koelsch Communities, Vancouver, WA-based Jerry Erwin Associates (JEA Senior Living) and Washington state-based Weatherly Inn — operate more than 100 independent living, assisted living and memory care communities across almost half of the states, with additional communities under development. 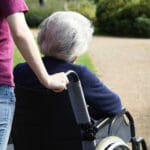