Editor’s note: As part of the 40th anniversary of McKnight’s, McKnight’s Long-Term Care News and McKnight’s Senior Living are recognizing 40 notable newsmakers. Each week, the brands will highlight a high-profile leader from the past four decades. Published installments of the series can be found here.

Juniper Communities’ founder, President and CEO Lynn Katzmann, Ph.D., shared a wild-sounding idea with attendees at the National Investment Center for Seniors Housing and Care Fall Conference in 2015: Why not take a group of older adults to the Burning Man cultural festival to write a new story of aging in America?

Katzmann made the successful trip in 2016, but the proposal should not have come as a surprise to anyone who had been following the pioneering moves she had made over the course of her career.

Thirty-two years ago, at the age of 32, Katzmann started Bloomfield, NJ-based Juniper as a skilled nursing company. (“That’s all there was” in residential aging services, she says.) Expansion into assisted living came a few years later, and then into memory care. Today, the company has 20 communities across New Jersey, Pennsylvania and Colorado, with a capacity for more than 1,700 residents.

Katzmann and her company often have displayed foresight and innovation over the years. Juniper installed electronic health records across its communities in 2012, when EHRs were not commonly used in assisted living, and the company later tested a program that raised hourly minimum wages in Juniper communities to address staffing challenges like those seen across the industry.

She and Juniper also confronted the changing nature of assisted living and increasing resident care needs by developing the Connect4Life model, which integrates onsite primary care, pharmacy and lab services with social supports and residential care. The model soon will be finding its way into senior living communities across the country under the terms of a five-year licensing agreement between Juniper and Medicare Advantage plan developer and administrator AllyAlign Health.

Additionally, Juniper led the formation of a Medicare Advantage Plan called Perennial Advantage Plan, with Christian Living Communities, Ohio Living and AllyAlign. The plan will welcome its first enrollees later this year, with coverage effective in 2021.

Juniper Communities Lois A. Bowers McKnight's 40 for 40
Next post in News 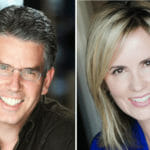