“Other than bringing babies into this world, helping people leave this planet with some level of dignity and grace and having a meaningful experience in the last home they have, that’s important work. It matters,” he told Bellarmine University, where he was commencement speaker and received an honorary doctorate in 2017.

An attorney for 20 years and the state of Kentucky’s secretary of finance for two years before founding Atria, Mulloy has been of counsel with the Louisville, KY, law firm of Wyatt, Tarrant & Combs since 2018. There, he is a member of the Corporate and Securities Team and concentrates his law practice in various areas of business law, including securities, corporate finance, mergers and acquisitions, and venture capital/private equity investments. Mulloy also is a managing director of Commodore Capital, an executive in residence with private equity firm Chrysalis Ventures and a member of the board of directors for Republic Bank & Trust Co.

As a foundational architect of the business model and mission of senior living, he has a long-term perspective on the industry that informs his opinion on how it will fare after the COVID-19 pandemic.

“At the end of the day, I am a ‘glass-is-half-full’ guy,” he recently told Argentum. “Without question, our industry’s future is bright, notwithstanding the current virus. Our industry’s creativity and ingenuity will help us build even better communities for our residents — communities that afford access to reliable, high-quality services to live an engaged life.”

Mulloy’s comments came this spring as he was elected chairman of the Argentum Board of Directors, having most recently been vice chairman. 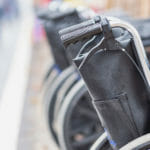