A mistrial has been declared in the case of a Massachusetts man indicted on federal charges of attempted arson at a Jewish-sponsored assisted living community.

The jury in the trial of John Michael Rathbun was dismissed by U.S. District Court Judge Mark Mastroianni after it failed to reach a unanimous verdict on two of the three counts.

Rathbun is accused of trying to blow up Ruth’s House, a Jewish-sponsored assisted living community in Longmeadow, MA, in April with a five-gallon gas canister at a time when the community was being discussed on white supremacist online platforms. The FBI was unable to tie Rathbun to the platforms.

No one was hurt in the incident.

The jury found Rathbun guilty on a count of making false statements to the FBI but failed to reach a unanimous verdict on charges of attempting to transport and receive explosive devices in interstate or foreign commerce with the intent to kill, injure or intimidate an individual or damage a building or vehicle, as well as a charge of attempting to maliciously damage or destroy, by means of fire or an explosive, any building vehicle or property.

Rathbun’s attorney withdrew his motion for release at a hearing last Wednesday. He is facing up to 10 years in prison, three years of supervised release and a $250,000 fine on each charge.

Meanwhile, the trial of an Ohio man charged with threatening gun violence at the Jewish Community Center of Youngstown, which is part of a campus that includes assisted living and skilled nursing facilities, has been pushed back to Dec. 8.

In that case, James Reardon of New Middletown, OH, was charged in U.S. District Court with one count of transmitting threatening communications via an Instagram video. He also faces local charges of telecommunications harassment and aggravated menacing. 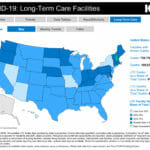