Although new generations, from boomers to millennials, come and go, one truism never changes: First impressions are everything.

And even as the American economic recovery sputters along at a snail’s pace, senior living operators are finding ways to ensure their facilities and environments are as relevant as the services and amenities they provide. Facelifts are being fueled by any number of things — from a need to replace aging infrastructure and improve safety to opening new wings or services, rebranding and increased competition.

Restoring and renewing may be as brisk as new construction right now, but either way, a lot of freshening up is going on. One observer calls it “post-recession gusto.” Surprising to some, renovation financing activity is frenetic.

“This is a good time for operators with a long time horizon to try and borrow capital to spend on all kinds of projects that may be necessary for a property in the long run,” said Imran Javaid, managing director for BMO Harris Healthcare Real Estate Finance. “Rates are low and debt capital is still plentiful. With rates as low as they are currently, it is a good time to evaluate how you can add or preserve value for your facility.”

That optimism was echoed by Pat Copps, director of capital sales at Direct Supply. “Don’t underestimate the power of a fresh look and the impact it can have on your occupancy rates,” Copps said. “Many of today’s prospective family members who are looking for a place for their loved one to stay judge more by the overall look and feel of the building than they do the level of care provided. It’s critically important to stay up-to-date within your market.”

That doesn’t mean lenders are passing loans out like candy. There are many hurdles to cross, and operators need to have their house in order before seeking construction loans.

It’s no surprise lenders attribute the frenetic activity to the changing tastes of aging boomers.

“As the amount of new seniors housing construction has increased significantly in the past several years, we have seen existing operators have to adjust under the pressure of increased supply and the allure of new construction,” observed Jennifer Lawley, senior vice president for the Senior Care Lending Group at United Community Bank. “Operators of existing buildings are not only borrowing for aesthetic upgrades and updates to the physical plant but are also looking at expansion opportunities to allow their existing residents the ability to age in place by adding additional units and/or levels of care. The spectrum runs from something as simple as adding units by re-configuring the existing building’s footprint to a more complex expansion with a newly constructed addition to the facility.”

Many lenders said that “value add” projects are becoming popular lending opportunities. “Those are buildings that need substantial renovation because the physical plant is dated, or projects where the market demand is lopsided with the existing supply in the building, necessitating the addition of memory care units, semi-private or private units, or some other product that can meet demand,” said Eric Mendelsohn, CEO of National Health Investors Inc. Of course, a new competitor almost always spurs activity. “If you know a new building will be coming online in your market, you need to address that by updating your own physical plant or amenities to remain competitive. There is also a building life cycle that needs to be respected. Buildings built in the 1990s are now ready for a major refresh,” he added.

“We’re seeing a great deal of repositioning where operators are converting an allotment of beds to a different type of care,” Copps said. “What seems to be most common is converting from long-term care beds to short-term rehab. Others are converting from long-term care to assisted living so they can offer multiple levels of care to prospective patients.” Copps added that he’s also seeing the addition of large therapy/ rehab gyms, “which offer a tremendous competitive advantage in the marketplace.”

Michael Hass, founding partner of Drive Development Partners, referred to such projects his design firm is involved with as “reinventions.” “These are fairly major and they are driven by a need to entirely change either the environment or the care mix [for instance, adding memory care where there was previously none or little],” he said. “I think competition is always a concern, but I see the strong demand for memory care and the consumer’s desire for rental options as being the primary drivers.”

Hass called his firm’s “dabbling in narrow affinity targets” in certain areas “incredibly interesting. If you take a typical assisted living community that competes on ‘care’ and ‘lifestyle,’ it can seem pretty generic to the prospective resident,” he added. “But if you hyper-focus on branding your community as ‘for foodies,’ ‘foreign travelers,’ or ‘fitness enthusiasts,’ you can really stand out.”

Consider one Maryland continuing care retirement community that recently converted its traditional nurses station into a luxurious, amenity-rich residential lounge, or a Wisconsin facility that transformed itself from a staid 60-bed institution to a contemporary pod-like configuration of long-term, rehab and memory care “households.”

“For assisted living facilities, the number of renovation projects that we have seen is a very small fraction of the new development activity,” said Lee Delaveris, director at RED Mortgage Capital LLC. “However, in the past few years, some of our clients have been successful in repositioning a lagging assisted living facility.”

Delaveris said the level of work necessary to reposition could be as simple as a basic refresh (remodeling of common areas and rebranding) or as complex as a building expansion or reconfiguration. Delaveris said many clients have repositioned skilled nursing communities through capital projects to better market themselves to hospital referral sources and adult children.

Three words — location, location, location — are invariably a plus for any senior living project. Mendelsohn said his firm recently acquired a cluster of larger assisted living units in “great in-fill markets with barriers to entry and fantastic demographics the Northeast” and leased them back to the client who sourced the deal. It didn’t hurt that the buildings, although falling behind in upkeep, “had great bones.” Mendelsohn said the buyer worked with his firm to provide acquisition funding and a renovation budget to bring the buildings “back to their former glory.”

Financing is plentiful whether borrowers come hat in hand for “defensive” capital spending plans, spurred mostly by competition, or offensive plans, in which they are trying to increase their bottom line and capitalize on an amenity or, most often, a need that is being unmet in the primary market area of the facility, according to Javaid. Both are common, but “most financial institutions” find the latter easier to support.

“Sometimes these [defensive] requests are also in conjunction with an acquisition in which the operator who is being bought out had not kept up with the changing competitive landscape and is currently underperforming, he added. One example BMO worked on was a facility in an upscale area that “had not kept up with the times. We financed a renovation that included upgrading rooms as they turned over, and also a complete redo of the common areas and lobby,” he says. “Ultimately, the renovation worked out better than anticipated, and the facility did see some pricing power, which it had been losing.”

One example of an offensive-type loan involved an independent living facility that had excess land but had not built out the assisted living/ memory care portion of its master plan. “We financed the acquisition and construction, and the facility saw improvement in its bottom line, in part because it was able to attract more couples who had varying needs,” Javaid adds.

• Document the need. Detailed plans, as well as a “good” market study, zoning checks, a vetted contractor/architect, bids and a solid business plan with pro forma analysis are a must, Mendelsohn said. Objective evidence is key, says Ross Holland, vice president of Lancaster Pollard. “For any major project, providers must ensure that the value proposition has been thoroughly vetted and substantiated, ideally through third-party studies and/or analyses,” he added. Jason Smeck, managing director at RED Mortgage Capital, LLC, said his company’s focus when evaluating a renovation or conversion project “is on the owner’s business plan and their operating capability to execute the plan.”

• Revenue generation a plus. Projects involving new services are attractive because they generate revenue, says Copps. “Secondarily, partner with a finance/leasing company who can offer you the cash up front and allow you to pay off the capital expenditure in monthly installments.” Hass, meanwhile, had some advice for lenders.

“The industry as a whole is really starting to innovate and think differently about locations, partnerships, styles, et cetera,” he said. “One thing that frustrates me a little bit is that lenders in particular tend to want to compartmentalize projects.” 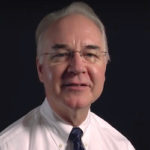