The Assisted Living Federation of America will be strongly focused on state-level initiatives under the leadership of its newly named president and chief executive officer, organization officials told McKnight’s this week.

James Balda will take the ALFA helm in mid-January, and strengthening ties to state chapters will be one of his first priorities, he said in a phone interview Tuesday.

“First and foremost, one of the initiatives that the board has outlined with relation to our state affiliation and chapters is establishing trust with those organizations to support alignment around common objectives and goals,” he said.

This focus on forging strong relationships with state chapters is an essential part of a larger refashioning that is now taking place after the decade-long tenure of Balda’s predecessor, Rick Grimes, said ALFA Chairwoman Brenda Bacon. Balda’s “deep level of experience” in working at the state level was a key consideration in his selection, she said.

“That’s where we’re regulated, that’s where a lot of the activity takes place that determines what goes on in the industry and that’s where our members are most involved,” Bacon said, of the reasons for doubling-down in the states.

Credentialing and standard-setting initiatives will be among the most important programs that Balda will be trying to get state “alignment” around. A curriculum, test and national accreditation for assisted living professionals will help “formalize” the profession, and is something that the hospital and hotel industries already have undertaken, Bacon and Balda noted.

Coming from the National Restaurant Association, Balda has a firm grasp on how important it is for an industry to set and meet high standards for itself, he said. “Those standards around service are critical for both the restaurant industry and the senior living industry,” he noted, adding that he sees it as a quality of life issue for assisted living residents.

Despite the renewed commitment to state partnerships, ALFA is not becoming more parochial in its concerns, the leaders emphasized. The “new ALFA” will be a bigger umbrella, under which assisted living providers, memory care and independent living all will have a place, Bacon said. And the organization will endeavor to build coalitions “across constituents,” including residents, families, federal and state lawmakers and the media. It’s an ambitious agenda, but Bacon said she is confident that after an extensive search, ALFA has the right leader for the job in Balda.

“We were looking for that special person,” she said. “I think we’ve found him.” 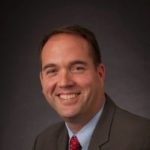