Josh Crisp says he felt an inner calling to provoke change and develop a new approach to senior living. On Monday, that calling revealed itself in the form of Solinity.

Crisp, the founder, president and CEO of the new Knoxville, TN-based company, said he envisions it as an owner and operator of boutique-style, affordable communities offering independent living, assisted living and memory care with multigenerational components that enable people of varying ages to live and work together. The for-profit, faith-based Solinity initially plans to focus on Tennessee and surrounding states for new development, acquisitions and third-party management opportunities.

Crisp told McKnight’s Senior Living that he has a goal of beginning development on a community in the first quarter of 2018. He said he has no set idea of a number of communities for the ultimate portfolio, but has a “hefty appetite for growth” as long as it is “smart growth.”

“The name Solinity is a combination of the word Sol, which means sun, and Unity,” he said, adding that the name is meant to convey warmth and vibrancy as well. “We truly believe that by working together, we can accomplish much more than we ever could apart.”

“For example, Solinity could look at areas in a downtown or other location and create a mixed use development that includes intergenerational housing, specific housing for certain levels of care and multi-family together in one project,” he said. “These developments require many different people coming together and addressing needs and wants and finding a solution for that specific area.”

“I am personally thrilled to launch this new concept, and we have a unique opportunity to engage our young and old together,” Crisp said. 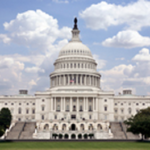