New Senior Investment Group plans to bring its management in-house by Jan. 1 as part of an effort to maximize shareholder value, the real estate investment trust announced Thursday as it released its second-quarter financial results.

The move, the result of a strategic review announced in February, is expected to save $10 million in general and administrative expenses annually. But first, the REIT will have to pay its current external manager, an affiliate of Fortress Investment Group, $10 million in cash and $40 million in preferred stock.

“As an internally managed company, we will become more comparable to our peers in the healthcare REIT space, which we think could bolster interest in our company and expand our investor base,” CEO Susan Givens said during the company’s earnings call.

New Senior previously had announced the move of 51 Holiday Retirement communities from its triple-net lease portfolio to its managed portfolio as part of the REIT’s strategic review. Thursday, New Senior announced two other review-related initiatives in addition to the management change:

“All of this amounts to a pretty transformational year for the company,” Givens said. “There is still a significant amount of work to be done, but we believe the initiatives announced today, combined with our previously announced initiatives, draw us significantly closer to conclusion of the strategic review. In the meantime, we remain focused on our core business and identifying ways to optimize our portfolio. We believe we have a uniquely attractive portfolio of senior housing assets, and the medium- and long-term fundamentals of the senior housing industry remain compelling.”

New Senior has 133 senior living and skilled nursing properties with more than 15,000 beds across 37 states, said David Smith, managing director. The REIT had a net loss of $39.1 million, or $0.48 per share, for the quarter. Total same-store cash net operating income decreased 3% versus the same quarter of 2017. 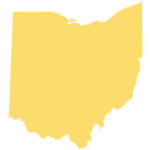