NorthStar Realty Finance Corp. announced the pending and planned sale of senior living assets, a stock buy-back program and a potential recombination with NorthStar Asset Management Group Inc. in a Feb. 25 update on its strategic initiatives.

The real estate company said it is selling its interest in a $900 million portfolio of senior housing assets and expects to receive net proceeds of approximately $150 million in March. Being assumed as part of the transaction is $648 million of mortgage financing. NorthStar Realty said it anticipates an internal rate of return of approximately 10.0% on its invested equity.

The company also revealed that it has retained an adviser to sell a substantial minority interest in the remainder of its healthcare real estate portfolio, which consists of a total of 462 senior housing facilities, skilled nursing facilities and medical office buildings. Approximately 80% of the net operating income in the portfolio comes from medical office buildings and other long-term leased real estate, according to NorthStar Realty.

NorthStar Realty also announced a cash dividend of $0.40 per share of common stock, payable with respect to the quarter ended Dec. 31. The dividend will be paid on March 11 to stockholders of record as of the close of business on March 7. The common stock will begin trading ex-dividend on March 3, in part due to recent market volatility, CEO Jonathan Langer said in a statement.

“Proceeds from these sales initiatives, along with capital retained from our revised dividend policy, are currently expected to be used toward repurchasing NorthStar Realty common stock, which we believe is currently trading at a dramatic discount to underlying net asset value,” the company said in a press release. NorthStar Realty said it intends to complete its existing $500 million stock repurchase authorization and then evaluate additional stock repurchases. The company had repurchased approximately $118 million of common stock through Dec. 31.

NorthStar Realty also is exploring a potential recombination with NorthStar Asset Management Group Inc., the company announced. A special committee of the company’s board of directors has retained UBS Investment Bank as its financial adviser in the process. The special committee consists solely of independent directors who are not on the board of directors of NSAM, including a new independent director who will be appointed soon. 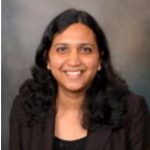