The $1.4 trillion appropriations omnibus spending bill advanced by congressional leaders on Monday includes an increase of more than $300 million in funding for dementia research at the National Institutes of Health for fiscal year 2021.

With this increase, annual funding for NIH research into Alzheimer’s disease and other dementias would top $3.1 billion, according to the Alzheimer’s Association and the affiliated Alzheimer’s Impact Movement.

And the package includes $27.5 million, an increase of $1 million, to expand direct services through the Alzheimer’s disease program at the Department of Health and Human Services’ Administration for Community Living.

The president is expected to sign the FY21 omnibus spending bill into law.

Some other provisions of the omnibus bill, according to Sen. Roy Blunt (R-MO), chairman of the Senate Appropriations Subcommittee on Labor, Health and Human Services, Education, and Related Agencies: 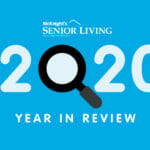