CCRCs are benefiting from strong housing markets throughout most of the country, which have helped with the sale and occupancy of independent living units in the senior living communities, according to the report.

Liquidity has improved “significantly” over the past several years, Fitch said. Days cash on hand increased last year for Fitch’s higher-rated CCRCs due in large part to the healthy performance of investments, stable cash flows and solid operating profitability, the company said. Cash to debt for the aforementioned CCRCs increased to 83.3% in 2017, up from 69.8% in the previous year.

“Heightened governmental reimbursement stress and staffing challenges could result in some rating pressure in the coming months,” however, Rizzo predicted.

Ratings have been relatively stable for CCRCs through the first six months of 2018, Fitch said, with the credit ratings and research company upgrading two communities, downgrading five and affirming 43 others during that time. Outlooks have been revised to negative for some CCRCs, however, because of leverage and project risks stemming from expansions or campus-repositioning projects arising as communities take advantage of low interest rates. 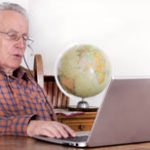