Pandemic ‘was like the devil walked through and was invisible’: McKnight’s panel - News - McKnight's Senior Living

Operating through the pandemic was like working with a ghost that was impossible to grasp, leading to feelings of failure among senior living and care leaders. But the pandemic also refocused priorities.

Fear of the unknown, change and conflicting governmental guidance topped the panel’s list of challenges. Everything changed so quickly early on — and continues to change today — that it was difficult to create consistency and a sense of calm, said David Pomeranz, chief operating officer of RiverSpring Living. Changing guidance, protocols and expectations were difficult to manage, he noted.

“A lot of inconsistency of information created extra anxiety,” Pomeranz explained. “Change created a lot of extra work to manage, and continue to manage, throughout this.”

“In March and April, people were being told, ‘Don’t go out of the house. Be careful,’ ” he recalled. “But we’re reliant on staff to come in. Fear was quite a hurdle to get over.”

RiverSpring, Pomeranz said, deemed every employee an essential worker, pulling in those not in direct patient care services to help in other areas, whether it was working on food trays or calling families. That strategy paid off when waves of employees were pulled from the front lines due to quarantine requirements.

“It was the moment your worst fears were realized,” Pomeranz said. “We had a daily huddle to see who we had and figure out what everyone could do that day.”

Covenant Living incentivized employees for pushing through their fears, offering additional paid time off benefits and “hero pay,” Cunliffe said. Some programs, she added, can’t be used only in crisis situations; organizations have to do good things for employees every day, she added.

One of the greatest workforce challenges today, panelists agreed, remains vaccine hesitancy. All felt that one-on-one contact through a peer is the best way to reach someone who is reluctant.

The effort has paid off at RiverSpring, Pomeranz said, noting that the community has reached an 80% staff vaccination rate. And although current staffers are not required to be vaccinated, new staff members must be.

Cunliffe said she hit her personal breaking point when one of Covenant Living’s nursing homes suffered a large outbreak, resulting in loss of life.

“It was just that complete overwhelmed feeling of failure that I had. As a leader, I have failed to protect the residents that are in our care,” she said. “It really showed up in a complete breakdown.”

Cunliffe said it was a turning point for her as a leader. The pandemic, she added, showed her that it’s impossible to keep emotions bottled up, because “they will come out if you don’t control how they come out.”

“We did everything we possibly could do, but it was like the devil walked through and was invisible,” she said. “It was a ghost and impossible to grab it.”

Kim Te Brugge, who oversees the operations of the senior living and healthcare division at The Goodman Group, said she learned the value of “being the calm force when you walk out on that floor and speak to your employees.” Providing reassurance boosts morale and helps employees feel supported, she said.

“That initial outbreak taught us as an organization what we need to do to help our communities be prepared,” Te Brugge said.

Cunliffe said that from a business perspective, the pandemic taught her that her organization’s infection control wasn’t as solid as believed. Once the company understood the virus, attention turned to implementing infection control protocols in housekeeping, facilities and dining — not just in clinical settings.

She also pointed out that the pandemic exacerbated senior living’s image problem. As lay media reports focused on the negative stories coming out of nursing homes, senior living communities were included under the same umbrella.

“I think we have an industry image we’ll have to tackle going forward,” Cunliffe said. “It was a challenge before, but it’s an even bigger challenge now.”

Te Brugge said that census generation has remained difficult. In some cases, she said, it feels like starting a new building as the organization tries to regrow, regenerate and rebuild consumer confidence to come into its communities.

“We’re going to be facing some tough surveys. There will be a lot of scrutiny,” Te Brugge said. “We have to make sure we are supporting our communities so they are prepared for that as well.”

As communities begin to reopen and mask mandates and public health orders are lifted across the country, panelists said, many long-term care workers aren’t ready for the abrupt change.

“People are trying to figure out and deal with the fact that things are starting to get more normalized,” Pomeranz said. “But if you start to act too normal, is that letting your guard down? There is trepidation.”

With upticks in cases in some areas of the country, and viral variants, Pomeranz said his concern is staying focused.

“For a year-plus, we’ve been sitting at that watchtower, watching carefully, studying everything and not letting your guard down,” he said. “How do you let your guard down to a degree that’s measured? You have to embrace the good, but don’t get overly focused on it. You don’t want to ever be in that place of getting surprised.”

Cunliffe said the desire to move on needs to be balanced with the fact that staff members are not ready to completely move on. Covenant Living’s 3,500 employees are processing the pandemic in 3,500 different ways, she added.

“They need time to process what they’ve just been through,” Cunliffe said.

Coronavirus / COVID-19 McKnight's Women of Distinction
Next post in News 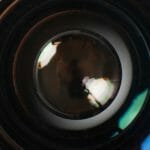