A per-capita cap on federal Medicaid funding growth based on medical inflation could reduce spending on dual-eligible beneficiaries by $44 billion over the next 10 years, according to new research released Thursday by advisory firm Avalere.

Some members of Congress are considering such funding caps as part of their effort to replace the Affordable Care Act.

Capped funding at the state level could result in across-the-board reductions on federal spending for dual-eligible beneficiaries 6 to 9% in 2026, according to the analysis. (See map, below.) Per-capita caps likely would force states to look to control expenses related to older and disabled beneficiaries, who are key drivers of state spending, especially for long-term services and supports, according to the analysis.

“Per capita caps might relieve pressure on federal Medicaid spending for duals, yet a likely side effect is higher Medicare costs, which won’t solve the larger cost or quality conundrum,” said Bruce Chernof, president and CEO of The SCAN Foundation, the independent public charity that funded the analysis. 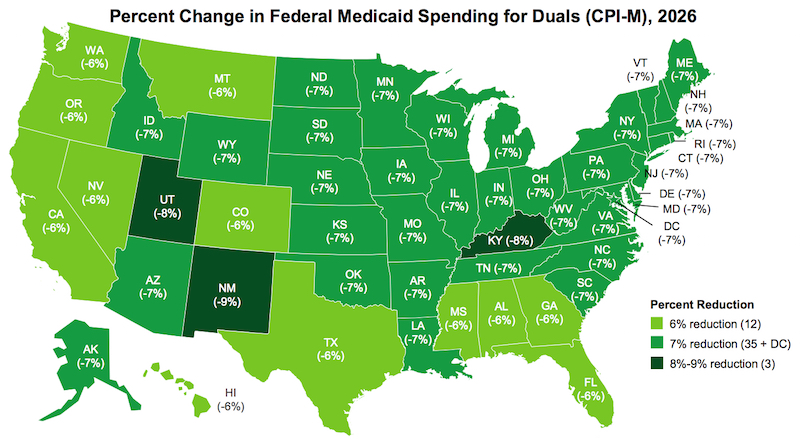